If you are facing drug charges in Arizona, it is critical that you retain the right Arizona attorney with experience, to aggressively represent you and protect your rights. Phoenix, Arizona Criminal Defense Lawyer Michael E. Ziton  is an experienced Arizona drug crime lawyer you can trust whether you are charged in state or federal court.

Some of the common Arizona drug crime charges include:

Many of the drug cases we handle involve "bad" traffic stops and illegal searches. Arizona Attorney Michael Ziton has a proven success record in having drug charges reduced or dismissed when overzealous law enforcement agents violate our clients' rights.

At the Law Offices of Michael E. Ziton, we believe that every person charged with a first offense of drug possession deserves an opportunity in an adult deferred prosecution program, such as those operated by the Treatment Assessment Screening Centers of Arizona, also known as TASC. Deferred prosecution and TASC may be an option, provided there are no other complicating circumstances, such as other felonies charged in association with the drug offense. Enrollment and successful completion of the TASC program can result in your case being dismissed.

More severe charges, however, typically result in harsher penalties. Even less serious charges, such as possession of a small amount of a controlled substance, may have severe consequences, especially if prior convictions, firearms, activity near protected zones (e.g., schools and parks), or minors are involved. If you have been charged with a drug crime, consult with Michael E. Ziton, an experienced criminal defense drug attorney.

Drug crimes cover a broad range of offenses involving controlled substances, from possession and sale to manufacture and distribution. These crimes involve violations of federal or state law, or both. Depending on the particular circumstances of a case, these offenses can result in a broad range of potential criminal and administrative consequences, including probation, prison, property forfeiture and participation in a court-ordered drug treatment program.

The federal government has exercised control over the importation and manufacture of drugs since the mid-1800s. In 1970, Congress passed the Comprehensive Drug Abuse Prevention and Control Act, which took the place of numerous existing drug laws and classified controlled substances into five categories (Schedules I to V), based on their abuse and addiction potential compared to their therapeutic value. Also known as the Controlled Substances Act, this law established regulatory requirements, enforcement mechanisms and penalties for the unauthorized manufacture, distribution or possession of controlled substances.

Searches and Seizure in Drug Cases

The Fourth Amendment protects individuals against unreasonable searches and seizures by the government; however, the government's "War on Drugs" and new powers granted under the Patriot Act have eroded those protections and made it easier for authorities to detain individuals they suspect are involved in any type of criminal activity, including drug crime.

You still have rights. The constitution still protects you against unlawful search and seizure. In almost every drug case we handle, one of the first steps we take is to explore the possibility of whether the initial search violated our client's Fourth Amendment right.

In drug cases, the legality of how evidence was obtained is frequently challenged. If the government violated the Constitution, the evidence cannot be used. Without the evidence to prove the charges, the State may have to dismiss its case. If you have been charged with a drug crime, Michael E. Ziton, an experienced criminal defense drug attorney, can advise you whether the evidence leading to the charge may have resulted from an illegal searches and seizures.

A number of interstate highways throughout Arizona have border checkpoints. At these checkpoints, drug dogs are used by law enforcement to crackdown on the transportation of illegal drugs through Arizona. A number of arrests from these checkpoints, however, involve only very small amounts of substances characterized for personal use. Despite the small quantity, criminal charges are pursued and many visitors to Arizona, from all parts of the United States, find themselves in the middle of the Arizona criminal process. It is critical to retain an Arizona drug lawyer that knows the system, and works hard to keep your name clean. Whether you are charged with simple possession or a more serious felony crime, contact Michael E. Ziton – He is dedicated to the right kind of representation and guidance you deserve.

While drug dogs are used often at immigration checkpoints, they are not always right. Sometimes drug dogs are improperly trained. They may be overworked or triggered into alerting by their over-eager handlers. If a drug dog was used in your case, we will look carefully to make sure that your rights were not violated and fight to keep illegal evidence out of your case.

If you are facing drug possession charges anywhere in Arizona involving personal use, transportation, distribution, or sales, contact us for a free consultation with an experienced Arizona drug crime defense lawyer. 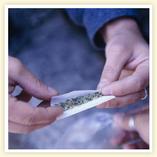